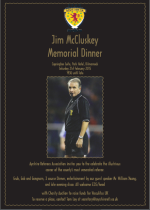 The Ayrshire Referees Association organised an auction as part of the Jim McCluskey Memorial Dinner (21 February 2014), with all funds raised going to Vasculitus UK.

Jim was a senior referee in Scotland who officiated the international challenge match at Wembley between between England and Brazil in 1992, the second leg of the UEFA Cup Final between Inter Milan and Casino Salzburg in 1994, ten domestic Cup Finals and more than fifty appointments as a FIFA Referee.

A silent auction and donations from the 200+ guests who attended on the night raised £4,700 for Vasculitis UK.  We would like to express our thanks to all those who donated items for the auction. 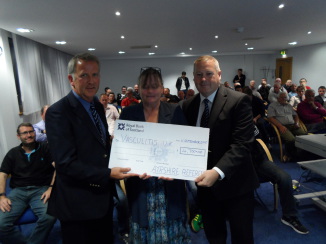 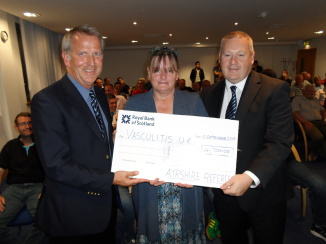